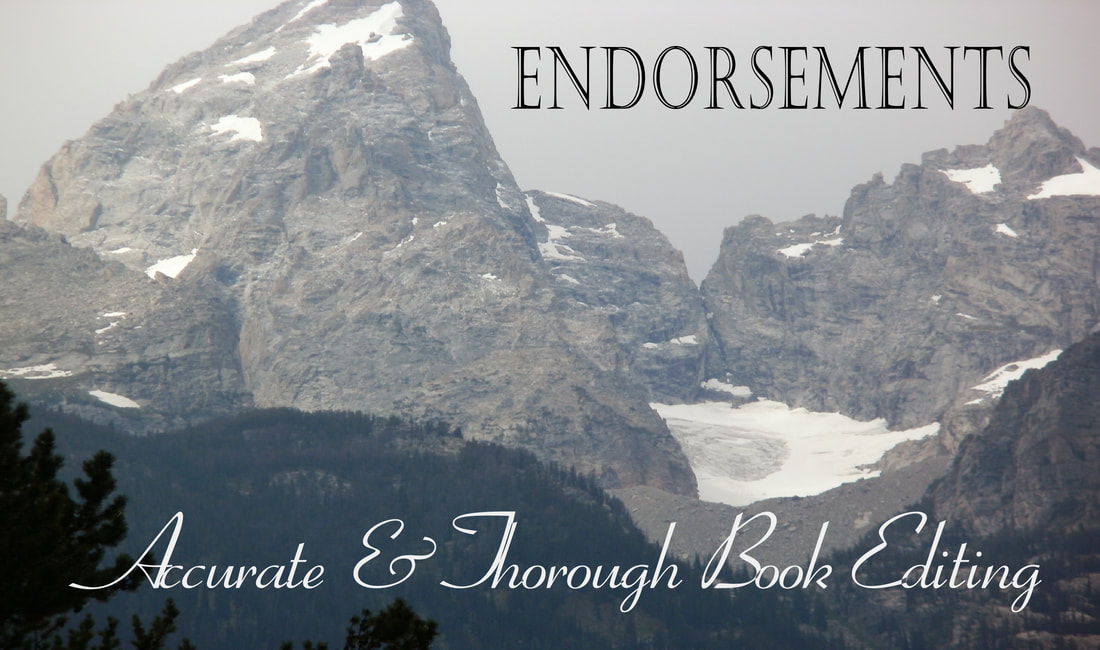 Ralph D. Helfer, L.A. California, author of THE LEGEND OF MODOC
Most impressive! I was so please to see my final book so expertly edited. Stories about animals can pose issue’s not seen in other prose. You have a special gift to capture the essence that was needed to correct, tighten, and bring it all together. I look forward to putting my next book in your capable hands.
R.D.H.

David Myles Robinson, Hawaii, author of FATAL UTTERANCE
​The Vigilant Editor is a perfect name for Bob’s editing business. He catches everything and not just basic line editing items. If there is an inconsistency in a small detail, you can be assured he will catch it. As to grammar, he not only fixes everything, but he often makes a note explaining what the grammatical rule is.
Bob is fast and efficient and is not happy until his client is happy. He can also be brutally honest. In one section of my new novel, FATAL UTTERANCE (still a working title), he noted the scene was not realistic and the “people will be laughing at you.” Gulp. So I rewrote the scene, and he included the line editing of the new scene in his initial charge.
Bottom line, I highly recommend Bob for your editing work. This is my seventh novel, and having worked with a number of editors I can definitely say I will come back to Bob. 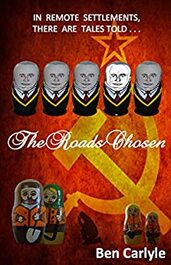 Ben Carlyle, United Kingdom, Author of The Roads Chosen
The Vigilant Editor read my work and suggested he might improve the grammar. I have no experience of book editors but thought his ‘once over’ would improve things a tad. He cast a vigilant eye over the grammar and offered several changes: much as I expected. What I didn’t expect was a thorough analysis of the plot development, the clarity, the style. They say, ‘Write about what you know.’ I did. But I failed to appreciate the reader might not have spent twelve years in the former Soviet Union. The Vigilant Editor asked me to send the work back once I'd made the changes I wished to make. A second reading offered more advice, and came with, ‘I’m not finished with this work until you’re happy.’ Bob improved my work beyond what I could have ever hoped. He cares about my work, and that is my testament to the man. I bow to his knowledge and experience. I bow to a level of care beyond that which I could ever have expected.
Mr. Carlyle has returned to have his second novel, A Chosen Path edited. 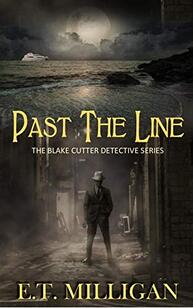 E.T. Milligan, Germany, Author of Past the Line
I want to thank the Vigilant Editor for your outstanding editorial work on my novel Past the Line.  Your editing was the most thorough and comprehensive I’ve had since the drafting of the novel.  I truly appreciate not only your changes in clarity, style, and conciseness but also the various suggestions on word usage and sequencing which took my novel to the next level.  After your edits, I have great confidence that it’s the best it can be and will be a truly enjoyable first book in the Blake Cutter Detective Series.  I highly recommend Vigilant Editor to authors for their book editorial needs.”
​E. T. Milligan
Since this initial edit, Forbidden Rescue and Remember the Sabbath have been edited for Mr. Milligan. 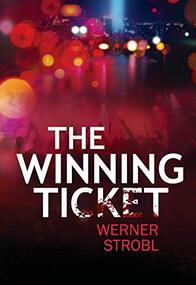 Werner Strobel, South Africa, Author of Sly Game
(Werner is working with an agent to find a publisher for Sly Game. When it is published, a copy of the book cover will be inserted here.)

They say get an editor, an editor’s important. As a writer you’d rather have a good friend that’s brutally honest, knows what he or she is talking about and has the skills to turn your amateur’s creation into something that sells in the real world. I learned that that’s actually what an editor does. So they were right, you need an editor, a good one. Bob is fast. Bob is sharp, he’ll pick up holes in your plot even if they’re two hundred pages apart. He’ll turn that grey, weighty sword into a shiny gleaming one. He’s everything you want in an editor. He cares. He’s damn good at what he does. And to me, most importantly, he’ll make your work shine.
Werner Strobel
​Since this initial edit, The Winning Ticket and Trapped have been edited for Mr. Strobel 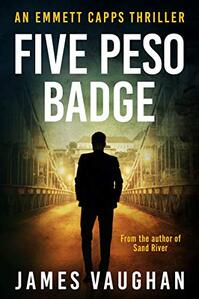 James Vaughan, United Kingdom, Author of Five Peso Badge
Bob took immense pains with my novel and found many errors of punctuation and grammar that I had overlooked. He  tightened my writing by pointing out redundancies and looseness of phrasing. He also found inconsistencies and errors of logic. We can all fall into the use of cliche: I used the phrase 'ripe as cheese', and Bob pointed out that not all cheeses smell strongly. He amused me by suggesting 'Limburger', and I went with that. I learned a lot from him.
Writers can be blind to their own errors though they may spot them in another writer's work. Another pair of eyes is invaluable, and Bob has the in depth knowledge to do the job.
I recommend him without reservation.
James Vaughan 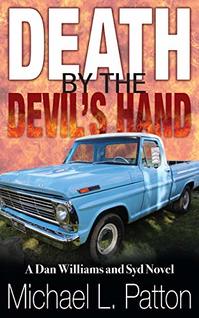 Michael L. Patton, USA, Author of Death by the Devil's Hand​
​I worked with Robert Schobernd on my last book “Death by the Devil’s Hand”, and came to greatly appreciate his skills and his approach.  I found him to be much more willing to interact compared to other editors I have used.  Some have used the “throw it over the wall” approach, where the entire interaction is you send a manuscript file, and get back a response with very little chance to ask for clarification or feedback on your changes.  Robert, however, was available via email to respond to questions I had about comments or corrections.
His skills improved the quality of the book tremendously.  He caught several logic errors in the book that my earlier readers completely missed, as had I.  He helped me to eliminate a tendency toward being a little too wordy, a bad habit of over explaining as a result of twenty five plus years of technical writing. Also his approach in pointing out my bad habits were presented in a helpful, non-judgmental way, that doesn’t bruise the exposed writer’s ego.  He was prompt while responding to any inquiries, and met or exceeded any deadlines we had set.
I truly enjoyed working with Robert, and would recommend his services to any of my writer friends and acquaintances.  I plan to use his services for all my future projects.
Michael Patton
​Since this initial edit, Death Makes the Devil Dance and Death and the Devil's Henchmen have been edited for Mr. Patton. 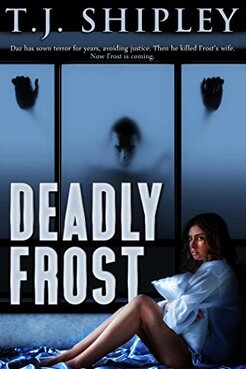 T. J. Shipley, USA, Author of Deadly Frost
​Robert Schobernd edited my novel, Deadly Frost.  When I finished Deadly Frost I was wise enough to know that it still needed a professional editing. Mr Schobernd was the perfect choice.
Bob went above and beyond the help I was promised from other editing services.  He delivered multiple passes of his editing in a timely fashion and before the promised date. For myself, this was very important.
He corrected grammar, multiple tense mistakes, rough sentences, congruity, occasional misspellings and recommended different word choices or approaches to how I originally wrote it.   I really appreciated his inputs and most were extremely welcome and accepted. What I appreciated most though, and why I plan to have him edit my next book as well was that he was totally professional and completely understood that while many of his changes were grammatically correct or even more flowing, they were not how I wanted to say it. He never tried to change my voice or my style in the book, but conformed to my wants and needs entirely.
I was extremely pleased when I finished writing Deadly Frost. But I was much more pleased after Bob’s editing made it better, it became much more polished and professional.  I feel very lucky that I had such a professional and easy to work with editor. I give my highest recommendation, which is that I plan on calling on his editing skills for my next novel.
TJ Shipley 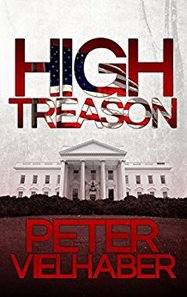 Peter Vielhaber, USA, author of 'High Treason'.
Working with Robert Schobernd was a great experience. I had a previous editor - who did a poor job. Bob stepped in and cleared up a lot of issues. As an independent author, I'm thrilled with Bob. Having his assistance allows me to focus on writing the story and not having to focus on perfect grammar. He offers suggestions and points out inconsistencies where applicable. I'm thrilled that I found a reliable, affordable, and honest editor in Bob. I'm working on my second title now, and I will definitely be a returning customer.
​Pete Vielhaber 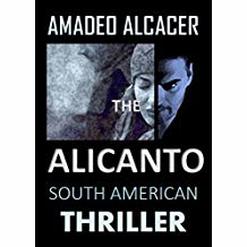 Amadeo Alcacar, Lyon, France, Author of 'The Alicanto'.
When I was starting the editing of my book, The Alicanto, I was aware that there are still mistakes I have not seen and inconsistencies in language that have certainly passed through, and wish for them to be corrected. We can only rely on another person to come in with the needed skills. And even if it's sometimes scary to put your work in the hands of a corrector, whoever it is, you have to do it for two reasons: the first is that thanks to his criticism, you will progress. The second, it also allows you to know if the plot holds, if your idea, your way of translating your feeling in your book speaks to someone else other than yourself.
I was facing this problem when I had the chance to get a perfect correction from Robert Schobernd. Indeed, he was not only correcting my typing and grammatical failures, but he underlines also the place in my book where I was not clear enough. He really “felt” the book how it should be written and on top of that, he understood the deep “spirit” of my book. I’m very, very thankful to him and I will use his talent once again when I have a new book to edit.
So for the grammar mistakes AND for the coherence and consistency of the script of my book, his work was just perfect.
Thank you for all, Robert.
Amadeo Alcacer.  Lyon, France
​